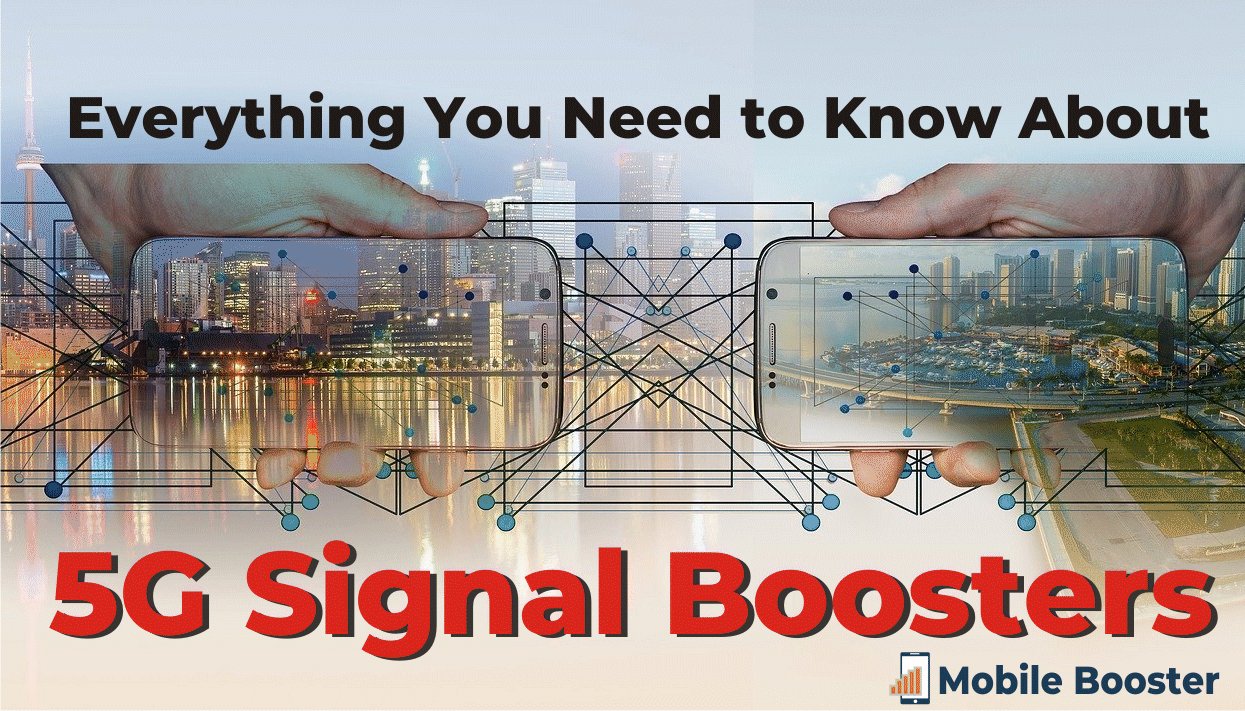 Before we dig into the topic of 5G Signal Boosters and why are they important to have, let’s first understand what 5G is in real.

5G stands for Fifth Generation. Simply putting it is the fifth generation of mobile networks. So, to give you a little background about the first four generations of mobile connectivity here is a quick recap.

It only facilitated voice calls in 1980’s. You would have seen some of the brick wireless phones in movies of that time.

It added texting facilities for mobile users along with voice calls. It killed the pagers in a very short time. This was the age of feature phones which were smaller than the previous brick phones and easily carried into pockets.

3G came to further enhance the facilities for mobile users on the 2G network. With 3G they can make voice calls, send text messages, and use mobile internet data. It facilitated the sending of pictures, videos, emails, etc. using a mobile phone.

It is the Next Big Thing. It is the most advanced version of all of the previous generation of mobile networks.

With almost no latency it will also help improve the technologies of the driver-less vehicles, smart homes, smart phones, and any other Internet of Things item.

Simply putting, it is expected to increase the efficiency of every internet-connected device and gadget many times.

5G refers to the 5G NR or “5G New Radio” standard. As we have stated earlier that it the 5th generation of mobile networking standards. The 5G promises:

The 5G NR standard was approved in June of 2018. Spark, 2 Degrees, and Vodafone have launched 4G LTE which they market as 5G. Obviously 4G LTE is better than the 4G spectrum speed, but it is not 5G.

There’s just one network (Three) we’re waiting on to launch its full 5G service. We hope that it will launch 5G in 2020.

How is 5G Different from the Previous Generations?

To fulfill the promise of 5G, new technologies have been developed. Also, an additional portion of the radio frequency spectrum has been made available. When talking about 5G signal boosters, it’s useful to break down 5G into two distinct types of networks:

Sub-6 GHz 5G is a type of 5G network that runs on frequency bands that are similar or the same as the existing frequencies use by 4G LTE networks.

These networks can be deployed using traditional cell towers and cover large areas (10 miles from the tower or more).

5G deployed on these frequency bands will have faster data speeds of 5G but on a much smaller scale.

When we talk about the revolutionary 5G technology we are talking about the millimeter-wave 5G, which will be deployed on the 28, 37 & 39 GHz frequency bands.

These high-frequency bands allow for very fast data transfer rates, low latency, and high capacity, but they are only able to travel a very short distance.

For this reason, thousands of mini cell towers, known as “small cells”, will have to be deployed along with an entire fiber network for millimeter-wave 5G to operate to its full capacity.

Here is how you can understand it better. A traditional cell tower can broadcast cell signal up to 10+ miles, whereas the millimeter-wave 5G “cell towers” can only cover 1,500 to 2,000 ft.

How Does Millimeter Wave 5G Work?

So while a traditional cell tower can cover 10 miles or further. 5G millimeter wave small cell towers will only be able to cover about 2,000 ft (0.38 miles).

Additionally, millimeter waves are very susceptible to being blocked by buildings, trees, people, and rain, and just about anything else.

In order to provide coverage using these frequencies, the small cell towers will use new technologies, including beamforming and beam tracking, which are ways of focusing an RF (Radio Frequency) beam so it can take the optimal path to the end-user.

If Millimeter Waves are so Challenging, Why Use Them?

Our current signal boosters support 5 different frequency bands (850, 900, 1800, 2100 MHz and CDMA) that cover the majority of the existing cellular networks. If you add up the downlink bandwidth for all 5 bands, you get approximately 157 MHz of bandwidth.

This is all of the bandwidth the cell carriers currently have available to push data to your mobile phones. The limited amount of available frequency spectrum leads to slower data.

Millimeter-wave frequencies have 24 times as much spectrum available, which is how millimeter-wave 5G will be able to handle so much additional data and provide faster mobile internet data transfer.

What Makes 5G so Special?

Mobile Phones are quite necessary in the digital world. Over 77% of the world’s population owns a mobile phone and it plays such a pivotal role in our day-to-day lives.

From communication, navigation, gaming, social networking, entertainment, digital assistant, digital notepad, camera, compass, e-wallet, and a lot more can be done with a mobile phone. Hence, there is always room for improvement in it and consumers always demand more.

Though there are many things that make 5G so special. The huge increase in data speeds is the most talked-about feature. As smart mobile devices increase in usage by consumers, the frequency bands available to use get more crowded. This is a lot like trying to cram too many cars on a one-lane road.

As far as cellular use is concerned, this results in longer download times and an increase in dropped calls. A movie in high definition might take ten minutes to download at the fastest current 4G LTE speeds; 5G is projected to take less than a second to download that movie. So you can imagine the increase in the data transfer rate with 5G NR.

How does 5G work?

In order to make 5G work, several technologies will be used to ensure the fast, stable signal consumers require. These include millimeter waves, small cells, massive MIMO, full-duplex, and beamforming.

In order to get the higher speeds necessary for 5G, the new infrastructure will support a higher frequency that is much faster but can only travel short distances (for the same reasons AM radio stations can be accessed much farther away from a broadcasting tower than an FM station). Remember that the 5G is a radio frequency network.

So the telecom engineers working on 5G technologies are looking at using millimeter waves. Originally used in radar and satellite systems, millimeter waves are radio waves that operate at very high frequencies.

These are measured in lengths of millimeters, whereas the current ones operate in tens of centimeters. Cellular technology as we know it depends on radio frequencies that travel long distances.

The downside to these is that it will be hard for these radio frequencies to penetrate building materials, and the waves are so small that rainy weather and even plant cover can interrupt the signal even more than current RF used in current cellular service.

Fortunately, these can be fixed by using technology already in service: “small cells”.

Small cells are basically miniature cell towers. They have the advantage of being portable, energy-efficient, so they can be installed and moved to areas that need more coverage.

Another advantage is that they can be easily installed on existing structures, such as telephone and light poles, and added to buildings without being an eyesore. So the cellular providers don’t have to spend much on installing new poles and masts everywhere.

They will also take advantage of a new kind of antenna: massive MIMO.

MIMO stands for multiple-input multiple-output. MIMO means wireless systems that use more than two transmitters and receivers. Massive MIMO will increase the data transfer rate to an epic level.

Lots of mobile phone users and lots of data transfer mean lots of interference. Beamforming solves this problem by acting as a traffic light. It works by finding the fastest path for data reception and lessens interference for massive MIMO. For millimeter waves, beamforming can strengthen the mobile signal and make blockage by objects less problematic.

The full-duplex technology allows 5G transceivers to send and receive data concurrently, over the same frequency, which current base stations are incapable of doing.

There is a huge fluctuation in data speeds in the current cellular frequencies and you might have noticed it while using mobile data to watch a movie or live streaming on your mobile phone. The full-duplex technology was previously very difficult to employ, but new improvements to the transistors have finally made this technology able to be employed.

Should I Order a 5G Signal Booster Now or Wait?

Therefore, if you’re currently in need of a signal booster, the best course of action is to purchase one now and then upgrade in 5 to 7 years when the 5G networks are mature and 5G signal boosters are available.

Our current 4G signal boosters will also work with any 5G networks that are deployed on any of the frequencies that are currently supported.

Due to the time required to pass regulations and engineer a solution for the new frequency bands, we don’t anticipate the release of any 5G specific signal boosters within the next year or two.

If you have any questions or if you just want to check and make sure there haven’t been any new developments since we last updated this post, please contact us.

In reality, 5G will see nationwide deployments starting in the middle of 2020 and expanding in 2022.

Millimeter-wave 5G will likely never see full nationwide deployment. Because it would require far too many small cells to cover rural areas.

Instead, millimeter-wave 5G coverage initially will likely be only in urban and suburban areas. The reason is enough people using the network to justify the costs in urban areas.

Is 4G LTE Going Away?

Not anytime soon! 5G deployment is going to take years, especially in suburban and rural areas where coverage will be most difficult. Many analysts have predicted that 4G LTE will remain the dominant network in the UK (by the number of connections) through at least 2025.

Yes, 5G will likely cost more than your current service. Technically 5G access will be an extra $10-20/month on top of an existing unlimited data plan.

What Should I Do Now?

If you’re currently experiencing a problem with cellular service and need a mobile phone signal booster to improve your signal, then please either call us at +64 9889 0887 or email us for personalized assistance, or you can use the product selection wizard on our website to help determine the best Mobile Phone Signal Booster for your needs.

Yes, Radio Spectrum Management has made it legal to use mobile phone signal boosters in New Zealand with the use of the only CE Certified Signal Boosters to make the mobile signals stronger for the users.

Will 5G Have Better Reception?

5G is a game-changing technology, with the ability to dramatically boost the speed and coverage of wireless networks. It can run between 10 and 100 times faster than your typical 4G cellular connection today.

Is 5G a Stronger Signal than 4G?

Simply said, 5G is widely smarter, faster and more efficient than 4G. It promises mobile data speeds that far outstrip the fastest home broadband network currently available to consumers. With speeds of up to 100 Gb/s, 5G is as much as 100 times faster than 4G.

In particular, the high radio frequencies 5G uses aren’t able to travel as far as current 4G wavelengths. This means 5G will require an enormous expansion of the current cell tower infrastructure in order to function. 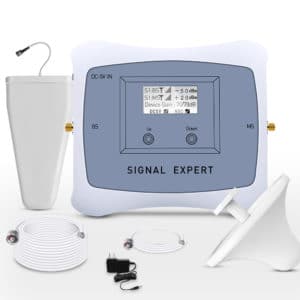 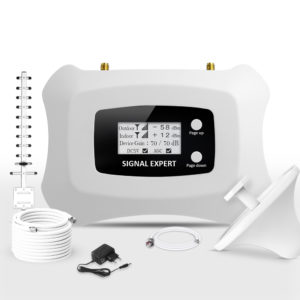 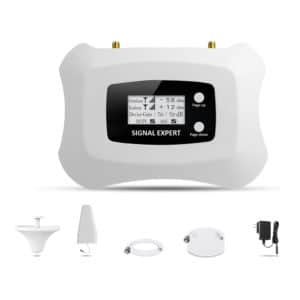 Your cart is empty.

Find Your Booster Now Back to top